The Man with A Mercedes

“Have more than you show, speak less than you know.” -William Shakespeare 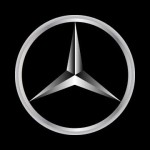 I went to visit a business owner recently whom I was interested in discussing and learning about his success. I went to visit him at one of his factories, and when I got there I could not find his car, it was nowhere in sight. It’s a fairly nice car so I assumed it would be dead center.

While we were conversing I brought up the fact that the car was not out front, and how I believed it would be better for business. It would display to potential customers and clients that the business was clearly thriving.

The response I got blew my mind.

He first went on to tell me about the quality of Mercedes vehicles, and how quality was always his only deciding factor. Ever since he could afford he owned Mercedes vehicles, and had never done it to impress or show off to customers or to anyone for that matter. His previous Mercedes lasted him 26 years and hit over 1,000,000 km, and he had no interest in upgrading but unfortunately, it was stolen.

The second part of his response, pertaining more to the why he doesn’t display it to the customers, and a valuable tip in doing business and even for general affairs. He advised staying away from any customer or client whose decision on whether to do business with you or not was based on the car you drove. That they most likely only care about the appearance of the product, not the actual quality. Thus, they may just be looking for that quick dollar, to lure their customers in with the appearance only to desert them.

Right before leaving he tells me “In all honesty, we park the car in the back because it is better shaded”. See, he doesn’t deliberately show it off, but at the same time, he was not hiding it. I believe Oscar Wilde put it best, “Nowadays people know the price of everything and the value of nothing.” I was a victim myself. I would see a Mercedes as a symbol of success, while most successful people see them as an investment, this is what separates the average from the successful.

Cars, toys, and other material objects are all fun don’t get me wrong, but it will be much harder to reach success, both financially and in happiness, if your why is to show it to the world.

“Climb mountains, not so the world can see you, but so you can see the world.” -David McCullough Jr.

My Morning Routine & Why You Need to Start Today

What To Do After College

5 Ways to Improve Your Self-Discipline

Simplest Method to Develop an Attitude of Gratitude

Personal Development
About Us